Combine ingredients, and sprinkle over base before cooking.

Method:
Pre-heat oven 200 degrees Celsius. Line the base of a greased, foil lined lamington tray with the pastry. Spread drained and flaked tuna evenly over pastry.

In a small saucepan melt butter and sauté onion and celery for 1-2 minutes. Spread over tuna. Melt extra butter, add flour, and curry powder. Stir until combined. Gradually add water, milk and eggs, stirring constantly and bring to the boil. Remove from heat and fold in 2 tablespoons grated cheese. Pour sauce over vegetables.

Filling will be set and top is golden brown. Serve hot or cold as a main meal or cut into 3cm squares to use as finger food.
(Sharing this recipe from the Cheapskates Club Newsletter.)
Posted by Debra K at 11:25 AM No comments:

Home made Shortbreads and gift bag

It's hard to buy gifts for people that you don't see very often. Knowing their likes, dislikes etc. And just wanting to give them a token gift with good wishes of the season, without over doing it. Home made is always good in these instances I believe, and shortbreads are always a winner for Christmas gifts.

I also love to put lots of thought in to how I wrap my presents, so I made a cute little bag, complete with clear cello window so that the shortbreads could be seen. I finished it off with a border punch, ribbon and a little gift tag.

I used my thermomix to make the shortbread, it's very quick and easy. It's not as nice as a true shortbread I don't think, but everyone I have given these to seems to rave about how nice they are, and seems to really appreciate them. I put pistachios and cranberries through these as well for some festive flair.

I used this Christmas Shortbread recipe from the Thermomix forum. 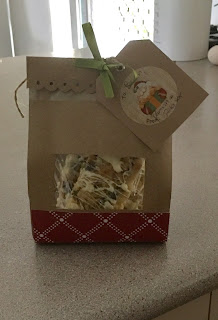 I was lucky enough to be purchased a cooking class as a gift, so decided I would use it on a Gingerbread House class. I had a great day baking, and I'm really happy with the result. Great to put in the centre of the table on Christmas Day! It even has windows, and has lights inside that can be turned on and off. 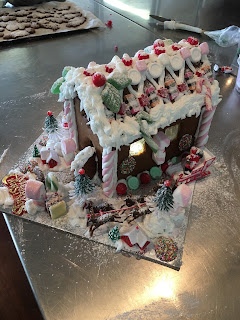 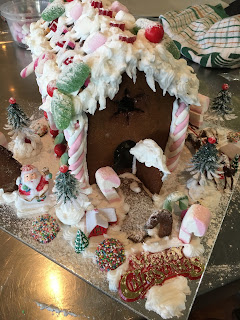 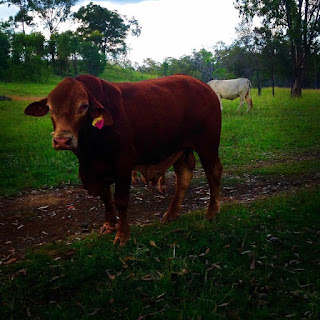 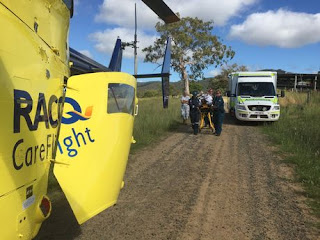 We are so glad he is ok,  He has left hopsital today, and is managing well.  We have been up at the farm since the Thursday before Easter, and I was due to head back today, but I have been sick since last Friday, waves of headaches and nausea, and ended up going to bed at 4pm yesterday and was not up to the 4 hour drive back to Brisbane today.  Not sure when I will head back yet, probably will spend another day or 2 up here and then head back. I want to do some painting in the kitchen here, and we have been having a big clean out here, and clearing out bits and pieces from the shed while we have been here. Well, I better go and make sure the bull is behaving himself and hasn't wandered off again!
Posted by Debra K at 5:29 PM No comments: 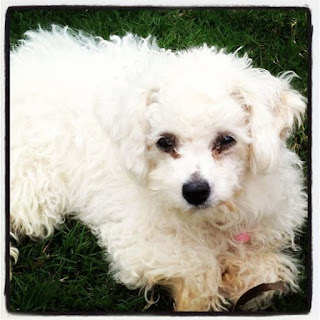 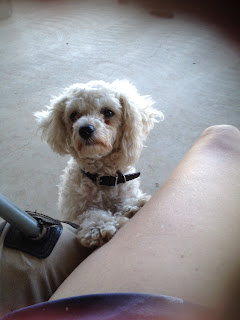 I've been getting in to trouble from my Mother for not keeping my blog updated, sorry Mother :) so I thought I had better stop being a slacker and update it ;). A LOT has happened in the last few months, including a move back down to Brisbane, as work died off immensely up at the farm township, so decisions had to be made.  A lot of people up there have been affected by a lot of mines closing and money is pretty short, which of course has a flow on effect on small businesses such as ours. We still have the farm, and the cattle, we just have to head up every few weeks to take stock of what's happening up there. We still also have our business up there, we have put a casual guy on to do the jobs that come in, and I am running that part of things from down here, and Damian has gone back to project managing for a company down here...regular income is lovely.

Anyway, tonight is a big night for our youngest, Kasey has her year 6 dinner and dance tonight. This is the first year they have put on such an event, and the kids are all really looking forward to it. Kasey spent weeks designing her outfit, then we had to provide the $ to make it all come together...lol... but she looks beautiful, and is looking forward to a great night. 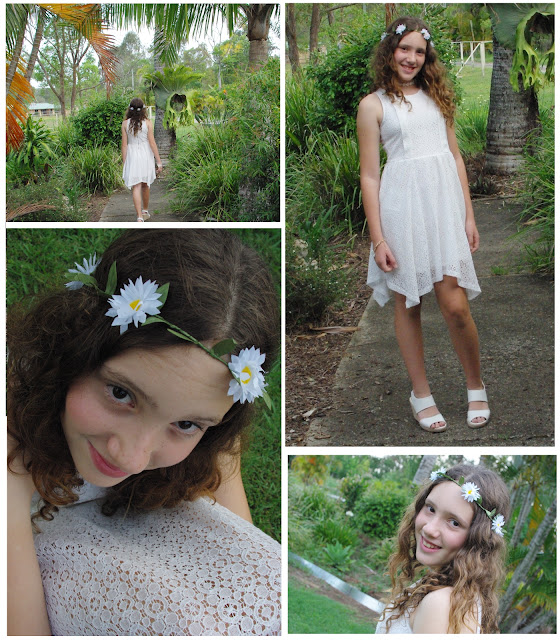 Our newest addition was born overnight... a gorgeous little bull calf born to our Hereford, Hertie Gertie...he is sooo tiny, as Mum is only little herself. We were a little concerned that she may have had a difficult birth, but she seems to have managed fine, we noticed her milk bag filling up the other day, but didn't expect her to have her calf quite so quickly. He's a little cutie... 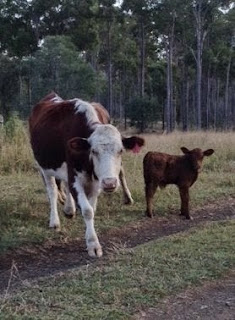