I knew that Guinea fowl were not good mothers....which is why I always try to either put the mum in a protected pen so she can hatch and stay with them, or either incubate or put the eggs under a surrogate chicken to hatch. Over the last few weeks, I had noticed that I was missing 2 guinea fowl, and they appeared yesterday, with 3 brand new babies in tow! Unable to get near any of them before I left for work, I checked on them all as soon as I got home. I found one baby nearly dead in the chicken house, and the other one had been abandoned. I bundled them both up and put them in a cage under a heat lamp and gave them food and water. The one that was nearly dead, would not do anything other than lie down, so I have been using a dropper to give it water, and I have made up a slurry of crumble and water and I have been using a dropper to try and feed it a little bit of food. It's not improving, so I don't hold out much hope. I also tried to see if I could get the last remaining baby and mother into a pen, but after being flown at by a very protective male guinea fowl who was determined to try and claw my face, and he also attacked the dogs, I gave up on that idea yesterday. Determined to try and give in another go this afternoon, I bundled up the healthy baby that I had in the cage, and put it in the pen area to try and attract the mother and baby over to it...I grabbed a half dismantled greenhouse as my barrier...yes...a funny sight I am sure, but it protected me from manic guinea fowl. Anyway, they would hang around the caged baby for a few seconds and then wander away..so while I was standing there with my half dismantled greenhouse armour, I could hear a chirping coming from behind me...and out of the long grass wanders another baby!  I was like...huh??  Then the guinea fowl started to attack it, so I bundled it up, and put the 2 orphans in the cage back with the sick one.
I then thought that I should try and find the nest in case there were any others about to hatch or or had been abandoned, I found about 12 eggs that have hatched, and only 4 babies all up that I have seen...gotta wonder how they survive out of captivity. So, I am now caring for baby guinea fowls again, and also a sick one to boot....gee, thanks mother guinea fowl. 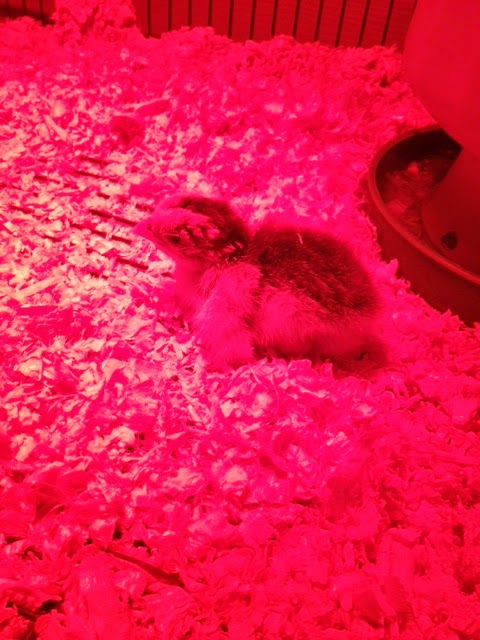 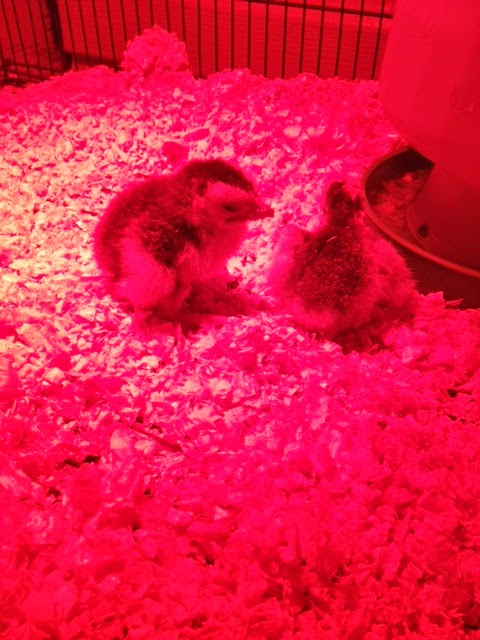 (This is the unwell little guinea...I'm really not holding out much hope, and I am surprised it has survived this long..poor little thing) The chicken mother hen from the last guinea fowl hatch has been looking after her brood really well, she is very protective of them, and they are now all ready to start venturing out and about a little bit each day. We lost one a couple of weeks back, I think it may have been attacked by a rat overnight, but there are still 10 out of the 11 that hatched, which is pretty good odds.
(Update 25th March: The sick little guinea baby died overnight, now I'm not sure about the first one I rescued either, it doesn't seem quite right either...sigh....we'll wait and see)
(Update 26th March: The 2nd one I was suss on has now also died, so the only one left is the one that wandered out of the bush 2 days ago. The guinea fowl are still managing to keep the single baby they still have with them alive so far...so 2 out of 12....pretty bad odds when they do it themselves)
Posted by Debra K at 7:06 PM