A big day of cattle handling...and another chicken processing day

The new heifers and bull calves are all about 8 months old now, so it was time to round them all up and brand them, needle them and castrate any bull calves, and put all of their NLIS tags in. We organised for a musterer to come in and he and his dogs rounded them all up and in to the yards. We put all the mothers through as well, as it was time for worming for all of them anyway. The musterer is an experienced cattle handler, so we organised for him to bring his brand heater etc so we could brand them all. He also castrated the 3 bull calves while he was there. It was a hot day, but it all got done.  We had a few very angry cows to deal with as well, so it can be a bit dangerous at times, and you have to keep your wits about you so you don't get hurt, they are very big and can be very dangerous if you get in their way. 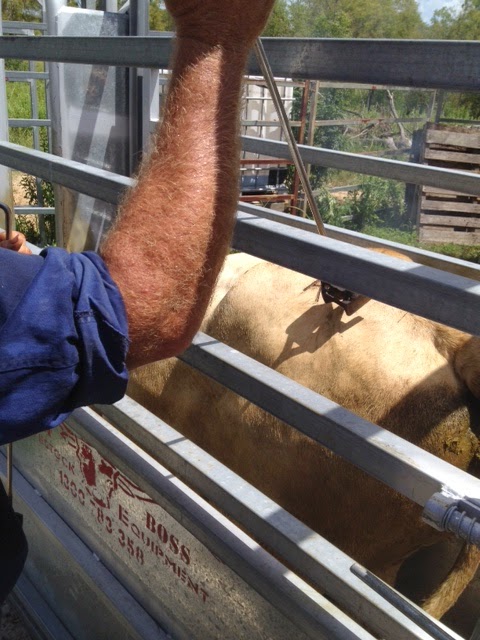 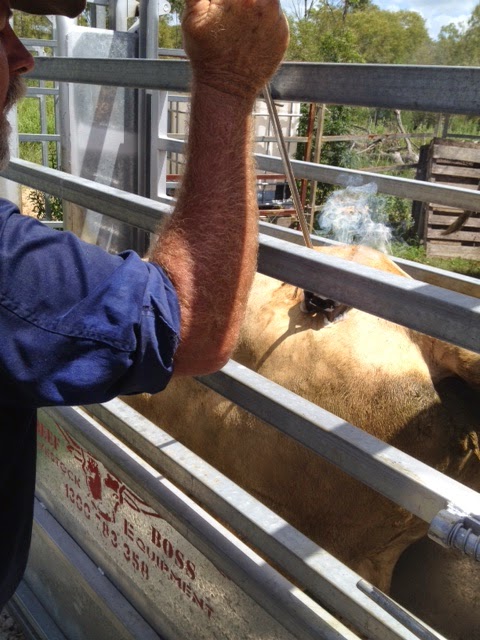 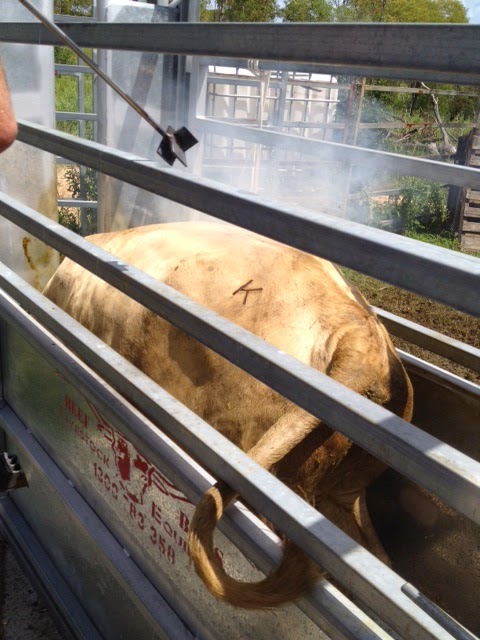 I felt so bad for the cattle, but it is very quick, and they don't seem at all worried about it as soon as they are let out of the crush. The little bull calves all handled their castration really well too, it just amazes me that they just stand there, no reaction whatsoever, and then they just wander out of the crush like nothing has happened. This little bullcalf (the darker one at the front) has just been castrated, and he is just standing around here, completely calm, and oblivious to what has just happened to him. 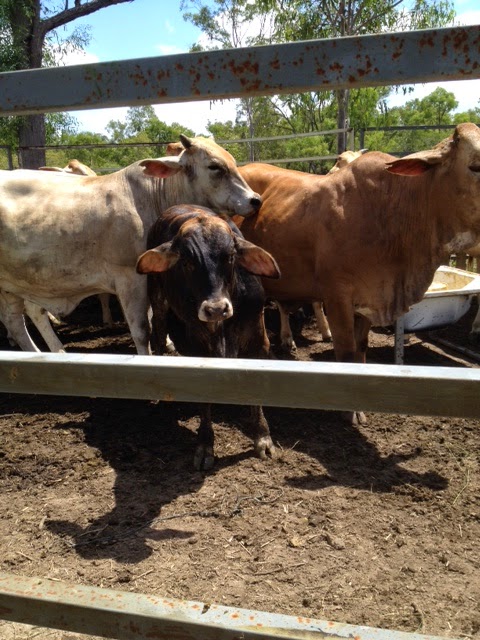 We are hoping to send a few of the heifers off to the sales as breeders in May, along with some of the older cows as well for breeders, as we don't want to go in to winter again with too many cattle. We would eventually like to get down to about 6 heifers and 1 bull, with maybe a few steer to grow out each year. We're never going to make a lot of money out of cattle on 150 acres, so it is just to keep the grass down really.
The next day we also processed all of the excess roosters, we had 6 in total to do, not a nice job, but it has to be done. They were all just starting to harass the girls, and fight with each other, so the time had come. So 6 birds in the freezer, I roasted one up, much nicer when they are younger, as opposed to the older ones we did a while back which were all tough,  I managed to eat a little bit, but still not sure if I can do this eating our own chickens thing.. 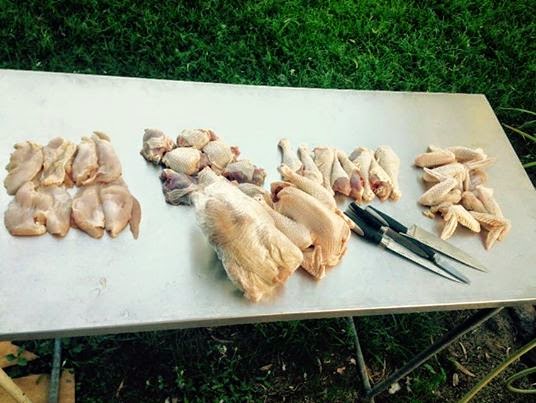