2 new girls and a new fence

I spent last Wednesday building a fence to keep the chickens contained down the back part of the property, to protect them from Reggie and also the other 2 dogs, who are starting to copy Reg and get too excited around them now. So, I have put a stop to it all, and penned them in. I clipped the wings on the chickens, and on the guinea fowl, but the guinea fowl still fly out anyway, but the dogs seem to leave them alone, so not a real problem at this stage. So they don't have as big an area to roam around in now, probably only the size of a normal suburban block to roam in, but I now let them out first thing in the morning instead of later in the day, as they can't come up on to the verandahs and poop all over them, which they tended to do when out all day with full run of the yard. But, I can now get some ornamental chickens to keep as well, without having to worry about them with the dogs. Belgian D'uccles are definitely on my list! 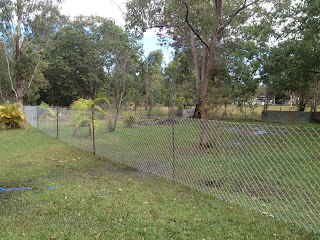 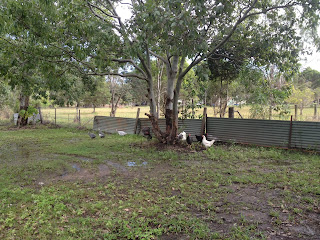 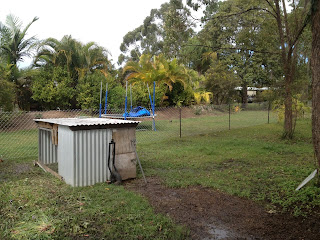 It is so wet around here, the ground is squelching under our feet. The sun is out today though, so hopefully things will start to dry out now. I am in the process of ordering in some dwarf bamboo's to put along this new fence line, to make the fence look better, and to also hopefully solve the problem of the wet areas along there, as the bamboo should dry those areas out. We also went out on the weekend and added 2 new additions to our cattle numbers. A lovely little jersey heifer, she is 18 months old, and came in to her first season last week. We will probably wait about 6 months or so before getting her put in calf, I will look at getting her put in to a Jersey bull and see if I can get a 2nd girl to keep the milk supply going for us once we start milking. 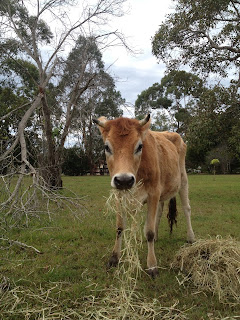 We also picked up a lovely little Hereford heifer, we may keep her to breed from down the track. 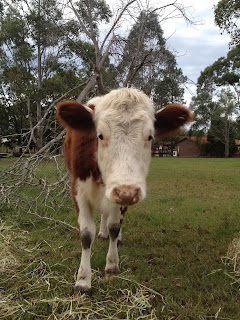 So at the moment they are in the front paddock at home, and we will take them up to the farm over the next couple of weeks. 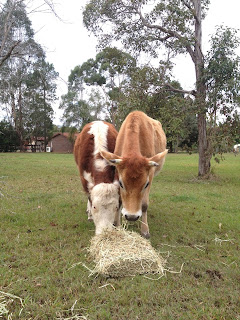 So, lots to do around here today, flowers to order for a wedding next month, house and cabin plans to get to the architect, and a couple of bouquet preservations to work on. Also, some school lunch baking to get done, and need to get back in to cleaning out the sheds in preparation for our re-location to the farm a little down the track.