today that is.....seems to be much less chaotic than yesterday. The 2 end bedrooms look lovely now that they have both been finished and the carpet has been laid 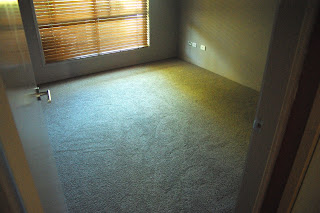 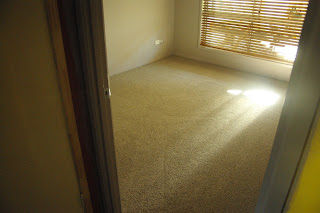 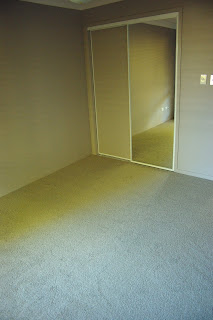 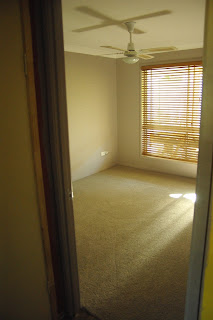 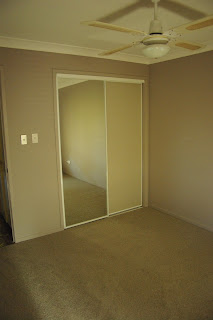 Kasey's room is looking less than glamorous though....everything has been pulled out of her room except her bed and her chest of drawers which have been moved to the centre of the room, so they can be covered with drop cloths, I have painted the ceiling and the chippie is coming tomorrow to take out the centre piece and the shelving in her cupboard and reinforce the framing around it as we are changing it to 1 big cupboard without a centre part, so that we can change hers to sliding doors as well, and then her painting can be finished off and the carpet laid in her room (and the carpet layer will need to fix his glueing mishap in the other 2 bedrooms).

I have also finished off the baby blanket for Renae for her sister, it has come up quite nicely. 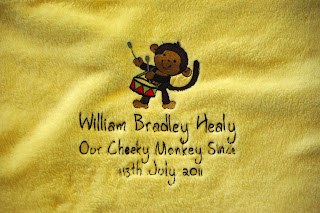 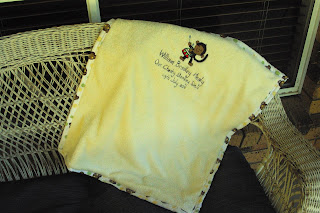 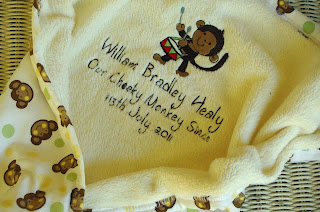 The fluffy fleece was an absolute nightmare though, even using the proper stabilisers underneath, and the solvy on top, so if she would ever like any more done, then it will be on the proviso of NO fluffy fleece please...I spent a day and a half doing this, and it should have taken a couple of hours....I have managed to put some order back in the house, I have put the sewing machine away, vacuumed and mopped and got the washing on, and dropped a preservation off to the framers to be framed, and need to head out shortly to get some nails for the nail gun to finish off the skirting in Kasey's room, and to get some new door stops for the finished bedrooms, and maybe pick up the tiles for the bathroom, depending on how many there are, and whether I need to take the ute or whether I can pick them up in my car.... so feeling much, much better today...
Posted by Debra K at 1:10 PM