A friend gave Damian 24 fertilised eggs a few weeks back, all the light sussex breed. So in to the incubator they went. They are all hatching at the moment, and so far we have got 18 hatched and another 1 on the way. One has died in it's shell, and the remaining 4 haven't shown any signs of doing anything yet, so we're not holding out for those to hatch. It is day 21 today, so we'll see. That's probably one of the best hatching rates we've had to date. The person who gave us the eggs said he spritzes the eggs with water in the last couple of days to keep the shells moist, so we tried this along with the higher humidity we normally do in the last 3 days, so not sure if this is the reason why we have ended up with a higher than normal hatch rate, but we'll certainly do that again.
I usually put the chicks in a large cage I have here with the brooder light, but the chicks flick the wood shavings all over the ground, and it makes a really big mess. The man who gave us the eggs says he uses an old bathtub as a brooder, which we thought was a great idea, and we have a few old baths around here, so Damian set about making a stand and putting a mesh lid on the bath, and......ta dah! 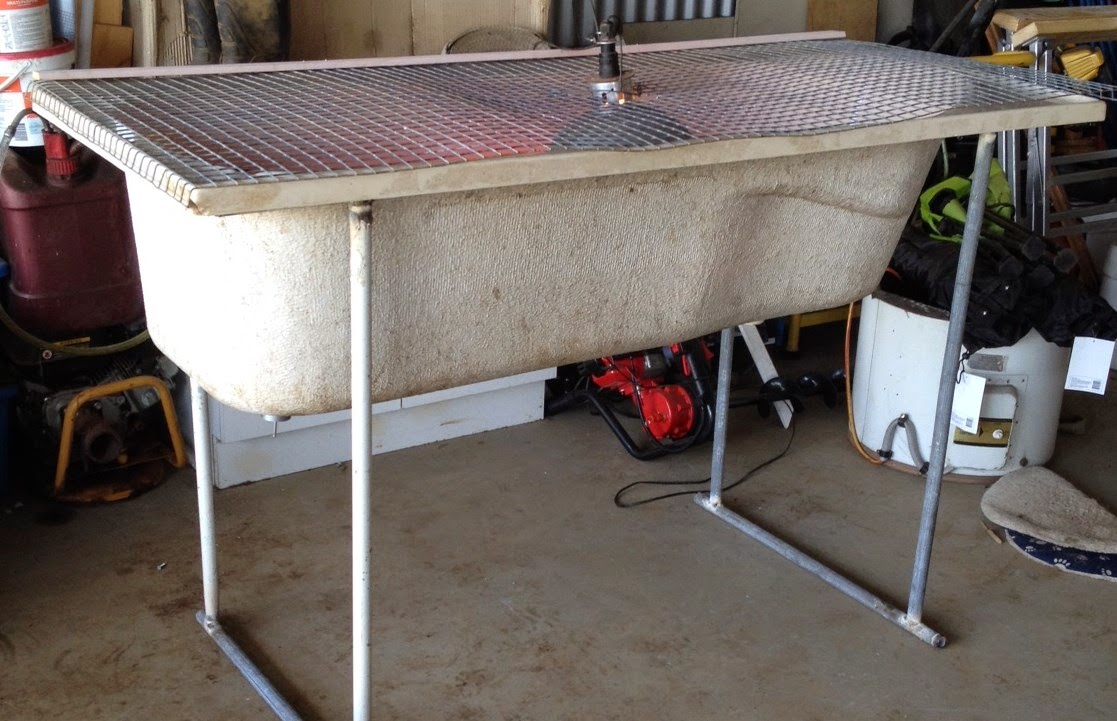 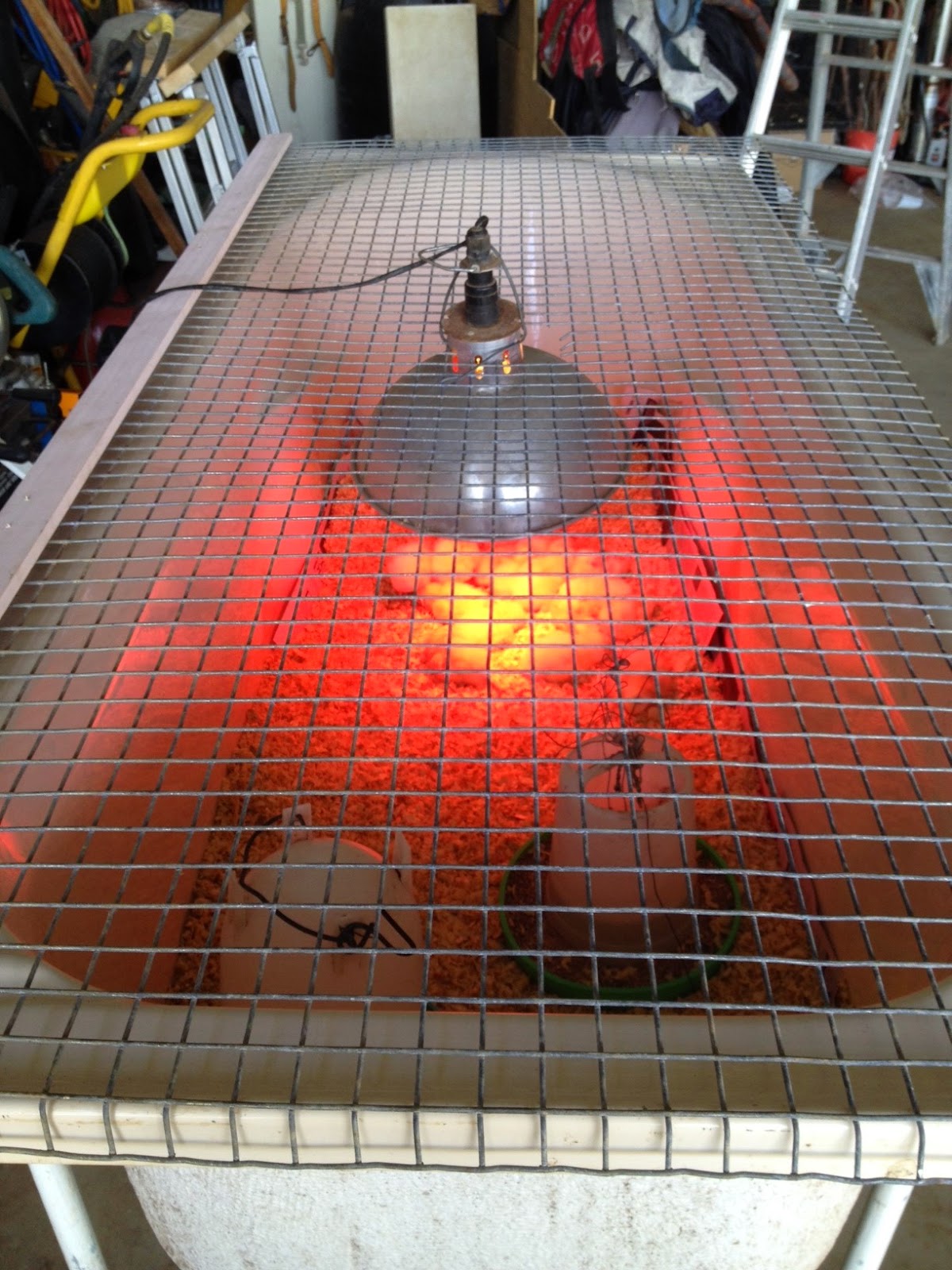 He has made it nice and high for easy access, and to keep the dogs out of it. He also cut a hole in the mesh at the top for the brooder light to be able to poke through so we can keep it high enough for them. They seem nice and happy in their temporary home. 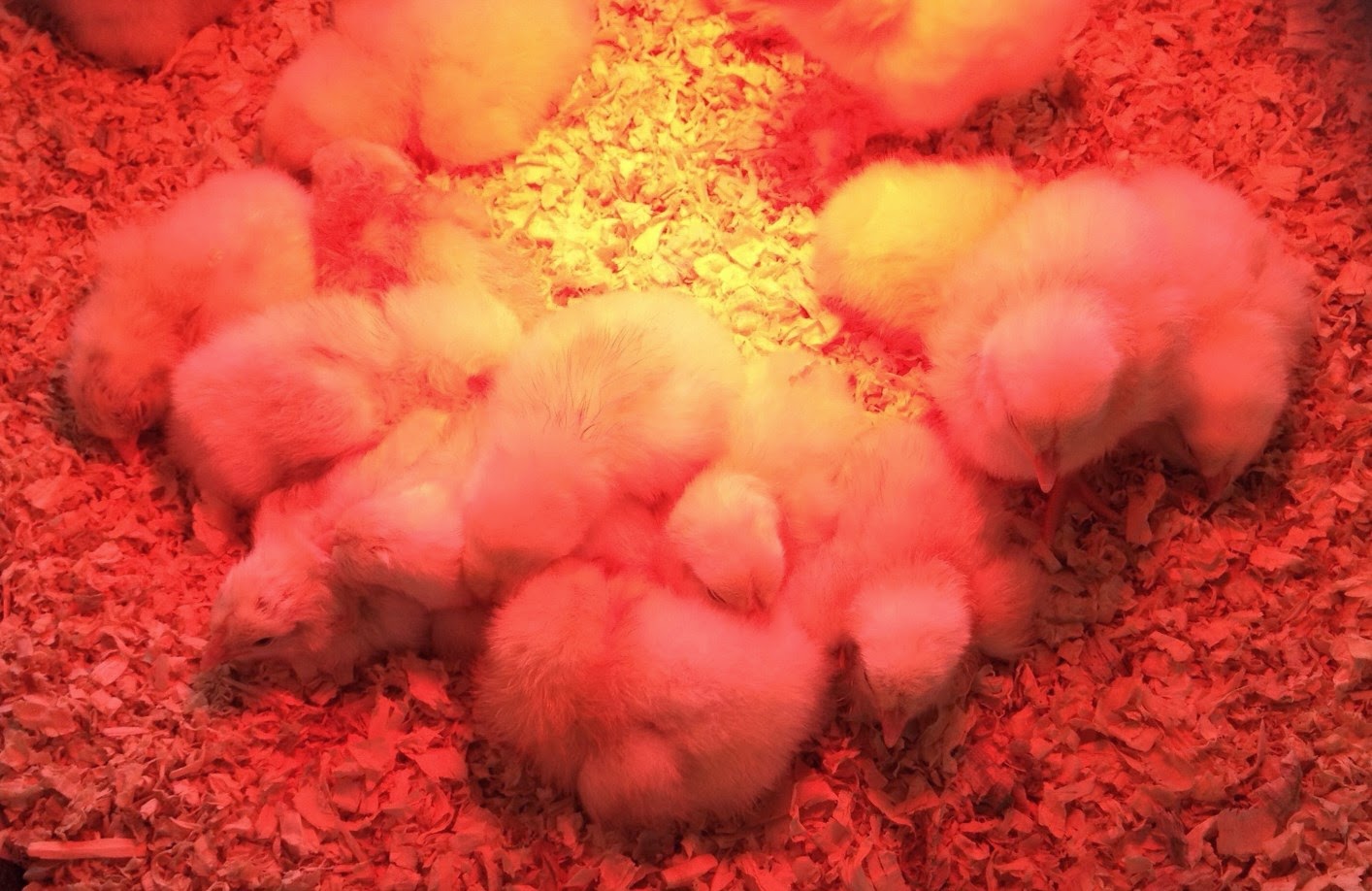 These 2 have hatched in the last couple of hours, with another one on the way, which is the egg on the right with the pip marks in it.... 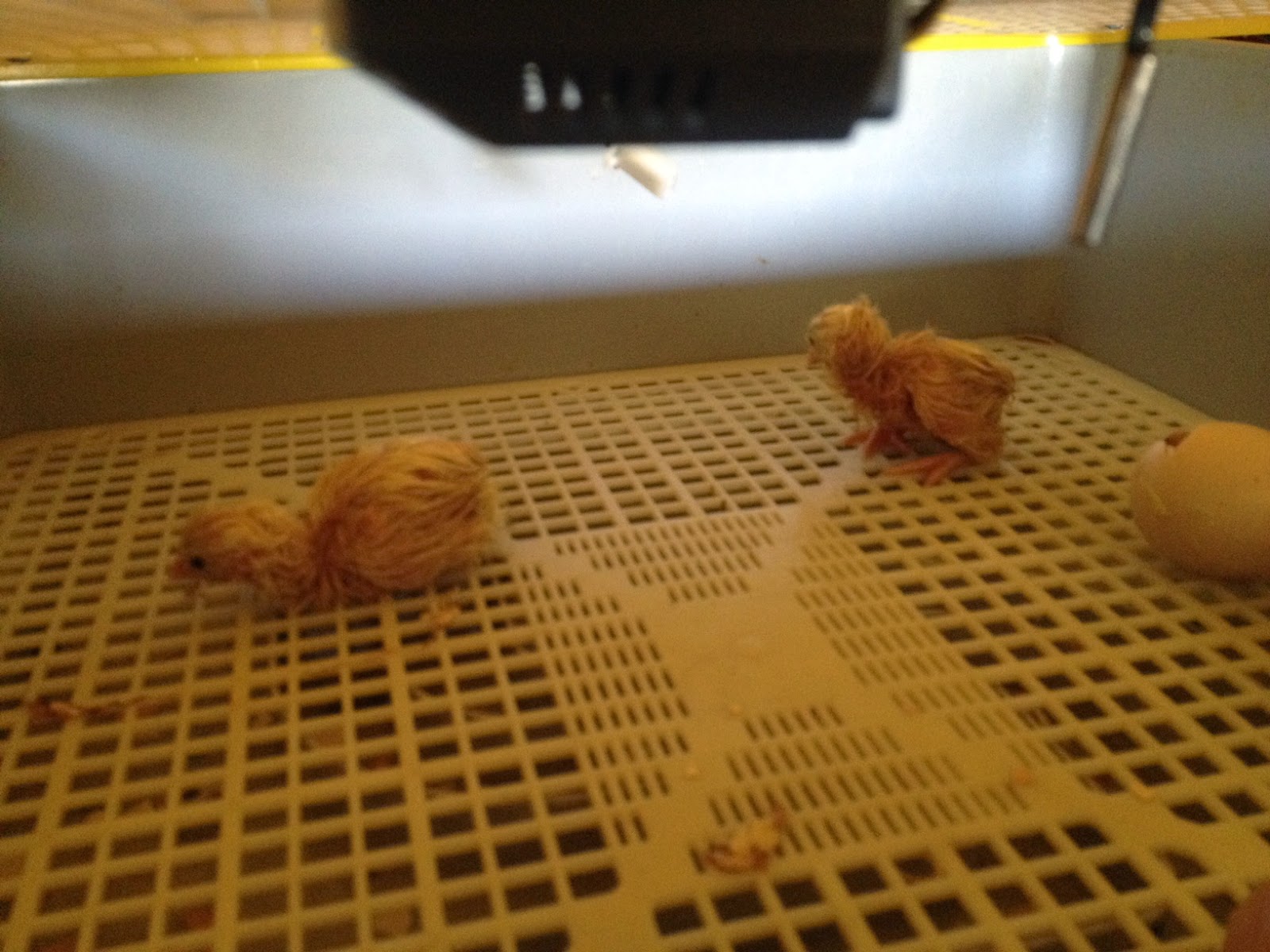 We went to the markets this morning to get some fruit and veg, and I picked up the huge basket full of lettuce and herbs for  $8!!   I thought that was way too cheap, but apparently that is what she sells them for. 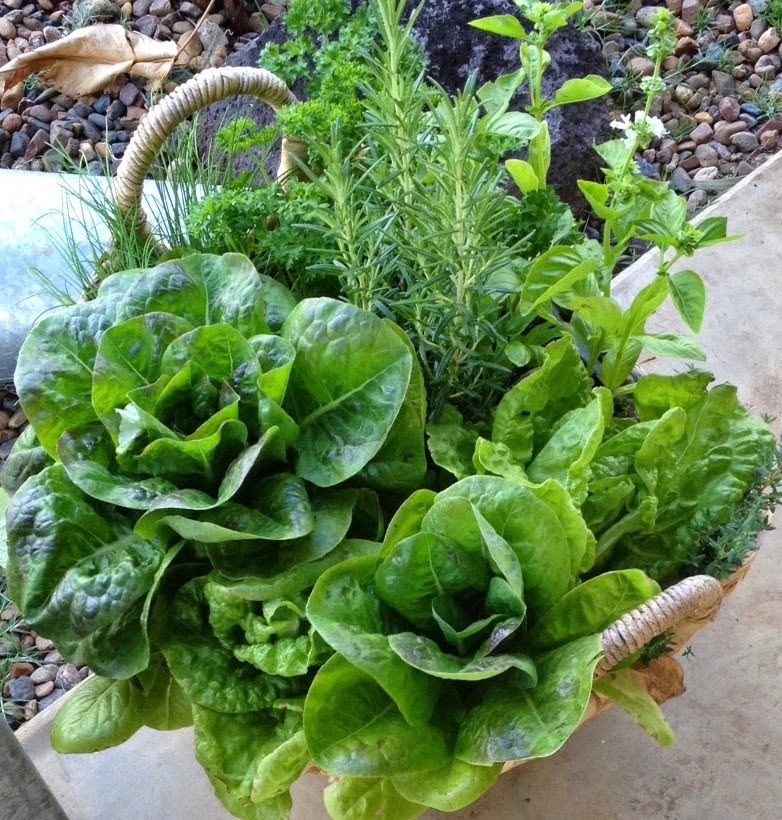 I just got back from a week in Brisbane with the big kids yesterday afternoon, and friends of ours on the Sunshine Coast did a big garden clean out while I was down there, and gave away all of their agaves, so I went and picked up some of what they had, and planted a few down in Brisbane and the rest will be planted up here...it's about the only type of plants that grow well here at the moment, hopefully as Damian now has the bore sprinklers working it will keep things a bit more lush and green and we will be able to have better luck with the gardens. I also did a big garden clean up while in Brisbane and pulled out a heap of wild iris, and bought just a fraction of them back up to plant here as well. 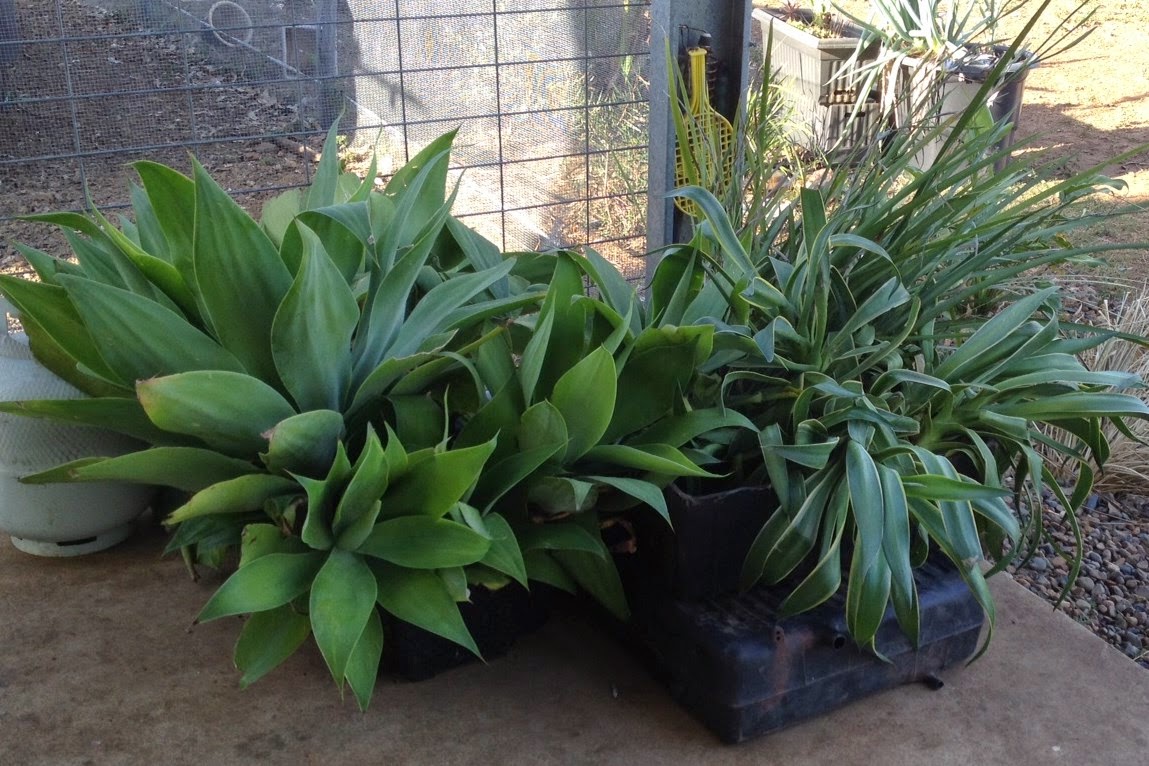 So, lots of planting to be done over the long weekend. Kasey had a fantastic week at her horse riding camp and is looking forward to going again, I said she may be able to go to one of the Xmas holiday camps. She was keen to show me how much she has learnt today, as she can also do a rising trot now, so she saddled up her horse and we went down to the yards for her to have a ride. Unfortunately, her horse had a flip out on her again, and bucked her off.....again...so Kasey promptly announced she is never riding Magic again, to which I said, "I don't blame you, I wouldn't ride her again either", ...so we are on the hunt now for an OLD plodder for her....she wasn't hurt, she has a grazed elbow, but that seems to be all, luckily. Poor kid....We also seemed to have solved the crow problem, we have closed the doors in to the house area of the chook pen, and there is a small access door that the chooks use to go inside. Since closing the doors, we are no longer losing any eggs, so the fridge is finally starting to fill up with eggs again. Next project here for me will be for Damian to build be a small corrugated vegie garden with a shade cloth roof so I can grow some vegies, it's too hot without the shadecloth, so I am hoping I have some success with growing some veg again sometime soon.
Posted by Debra K at 4:50 PM