I have a knack of tuning out on my kids, which can be a good thing, but sometimes it can lead to trouble.  While in Tasmania in January, I bought Kasey a purple lavender teddy bear which doubles as a heat pack. She has been heating up her bear the last few nights to take to bed with her. She came down last night and asked if she could put her bear in the microwave (along with some other mumblings)  and as I was busy looking at chooks online I casually said, sure, without looking up from what I was doing. About 40 seconds later  I was interrupted from my reading by kasey hysterically yelling " pooh bear is on fire!" on pulling pooh bear out of  the microwave, he was smoking...no flames, kasey was crying hysterically and all I could do was laugh! After putting kasey to bed for the 4th time after her continually coming downstairs upset, she finally went off to sleep, and pooh bear underwent emergency surgery. I had to cut off all the crispy bits, his head was completely unattached from his body, and resew on his head. I couldn't save his shirt as it has big melt holes  in it.  His surgery was a success and he is now all better, he just has a shorter neck, but once I make him  a new shirt, it won't even be noticeable. I still giggle every time I think about it, kasey just frowns at me. :D
Ooops 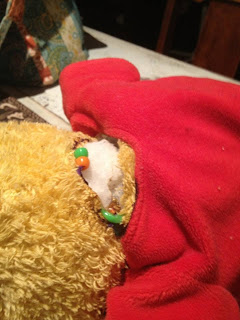 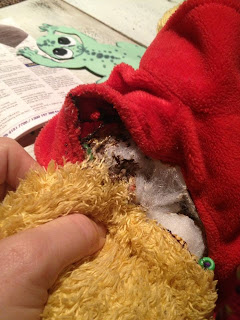 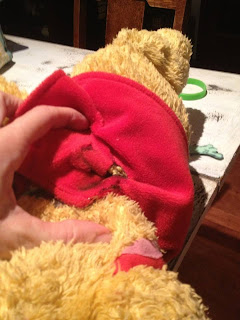 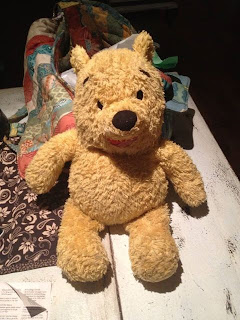 This will definitely be a story to retell on her 21st!

Labels: The things kids do and say....