Damian was off work for 2 weeks, so it was a good chance to get a few things done around the farm that he hasn't had the time to do...not good for the wallet though as he only gets paid when he works. He built some shelving in the shed so we could tidy it up and get everything up off the floor. We also had some turf delivered last Friday which has gotten rid of the mud and dirt right outside the front door...ahh...bliss, it is so nice not having mud dragged all over the place. We still have a couple of little sections that we didn't quite have enough turf to finish off, but we have planted bits of grass throughout those areas, so they should grass over fairly quickly hopefully. 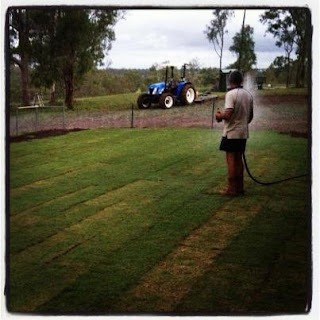 We also finished the fencing off around the house yard area, we have run barbed wire and quite small snake mesh, about 5 mm square mesh, so it should hopefully keep most snakes out, I am sure we may still get the occasional one, but we are hoping it keeps out the ones that accidentally end up in the shed area just on their way through to somewhere else.  It has also been an opportunity to start on a few small gardens to make the front area look a bit more homely, we are still finishing off the garden edging with rocks, we have lots here, I am just waiting for Damian to get back from Gladstone so he can drive the bobcat around while I put rocks in the front bucket, much easier that using a wheelbarrow! 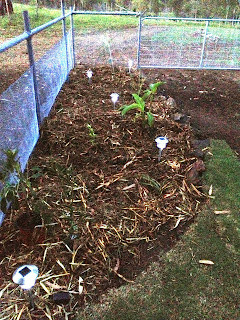 The guinea fowl have started to hatch in the incubator, 3 hatched out yesterday and 2 others that were chirping died in their shells, they were a couple of days early, so I am thinking they may not have been quite strong enough to get out on their own...I know it is apparently not good to help them out of their shells, but I think I probably should have pipped the shells for them so they could do the rest on their own. The remaining 4 are not showing any signs of hatching yet, so I am not confident on those, we will see what happens over the next couple of days. 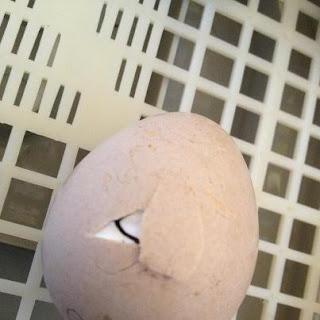 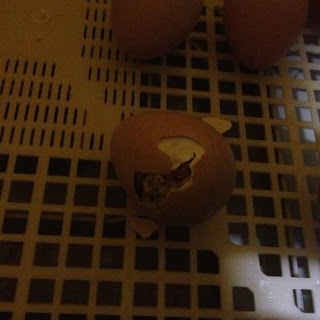 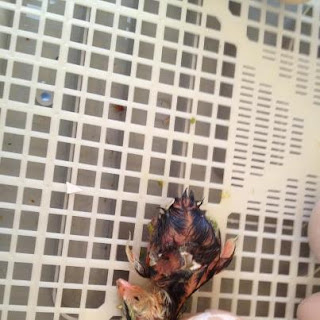 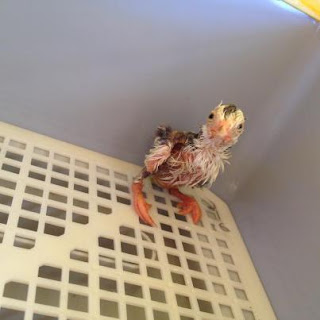 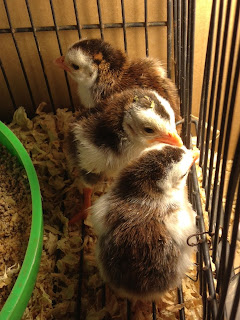 We also have another new addition to our household, Stella, she is a Bichon Frise and will be a mate for Kasey's pup Sam. She is quite shy, but hopefully after another week or so she will be used to us and be playing with Sam. 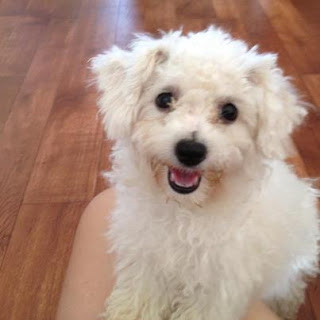 Kasey had a school disco last week, and she went as Catwoman...I have never seen so many little girls dressed as catwoman in all my life...I wonder what the attraction was..it was almost a catwoman parade! We just made her mask out of black cardboard and attached ears to a headband, and finished off with some diamantes, cheap and easy and I think it looked ok. 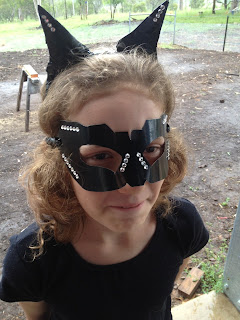 We have lots of family joining us here on the farm for Easter, so it should be a nice few days. I am hoping to get lots of reading done and some new dishcloths crocheted up. School holidays are here already....yippee, I can sleep in! I am looking forward to it...